The risk aversion in extending credit, which grips public sector banks (PSBs), seems to be spreading to private lenders as well. This tendency, in an extreme case, may have an adverse effect, especially on the economic recovery prospects, according to the Financial Stability Report released by the Reserve Bank of India on Friday.


Policy measures have so far kept financial markets from freezing up, and eased liquidity stress facing financial institutions and households. Consequently, borrowing costs have ebbed and illiquidity premia have shrunk. Nonetheless, risk aversion and lacklustre demand have impeded the fuller flow of finance from both banks and non-banks into the economy, the report pointed out.


An analysis of wholesale credit growth (lending to corporates and industry) shows that PSBs chose to give money only to high-quality borrowers. There was a sharp credit contraction across all rating categories, except ‘AA and above’, the FSR pointed out.


ALSO READ: The Indian banking system is safe, but NPAs may shoot up, says RBI


In contrast, private banks registered positive credit growth across rating categories and in both public sector and non-PSU obligors. This indicates overall risk aversion among private banks is less compared to PSBs, even as the latter may be trying to improve their risk management practices. However, the behaviour of private banks in the past two quarters is in sharp contrast to that in the past three years, it said.


In 2019-20, there was moderation in aggregate credit growth driven by private banks, reflecting heightened risk aversion as well as muted demand in sluggish macroeconomic conditions, it added. Madan Sabnavis, chief economist at CARE Ratings, said banks, especially PSBs, are more concerned about the risks and are cherry-picking clients. This is good for making banking system robust. The downside risk is some drag on recovery. Realising this aspect, the government has already come up with scheme to provide guarantee for lending to micro, small, and medium enterprises. Such a cover should be extended to other segments based on due diligence, Sabnavis said. Referring to asset quality of banks, the report said a reduction in the overhang of stressed assets continued up to the early part of 2019-20, and fresh slippages were arrested. This was despite a prolonged slowdown in global and domestic growth impinging on credit demand. Towards the close of the fiscal year, these slow-moving improvements were overwhelmed and halted by the outbreak of Covid-19. The regulatory dispensations — moratorium on loan instalments and deferment of interest payments — may have implications for the financial health of scheduled commercial banks going forward. 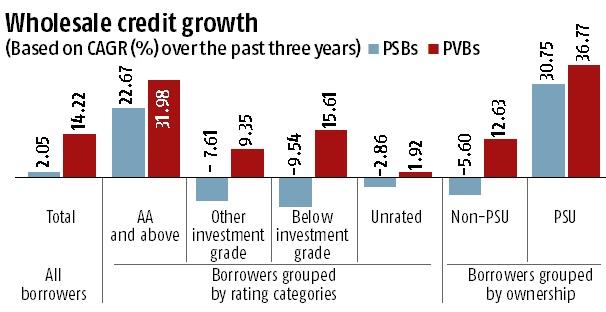 The moratorium — standstill on payments — as a step was announced to mitigate the burden of debt servicing and enable the continuity of viable businesses and households.


Supervised entities (SEs) have largely implemented these regulatory relief measures. Nearly half of the customers accounting for around half of outstanding bank loans opted to avail of the relief measures, report said.