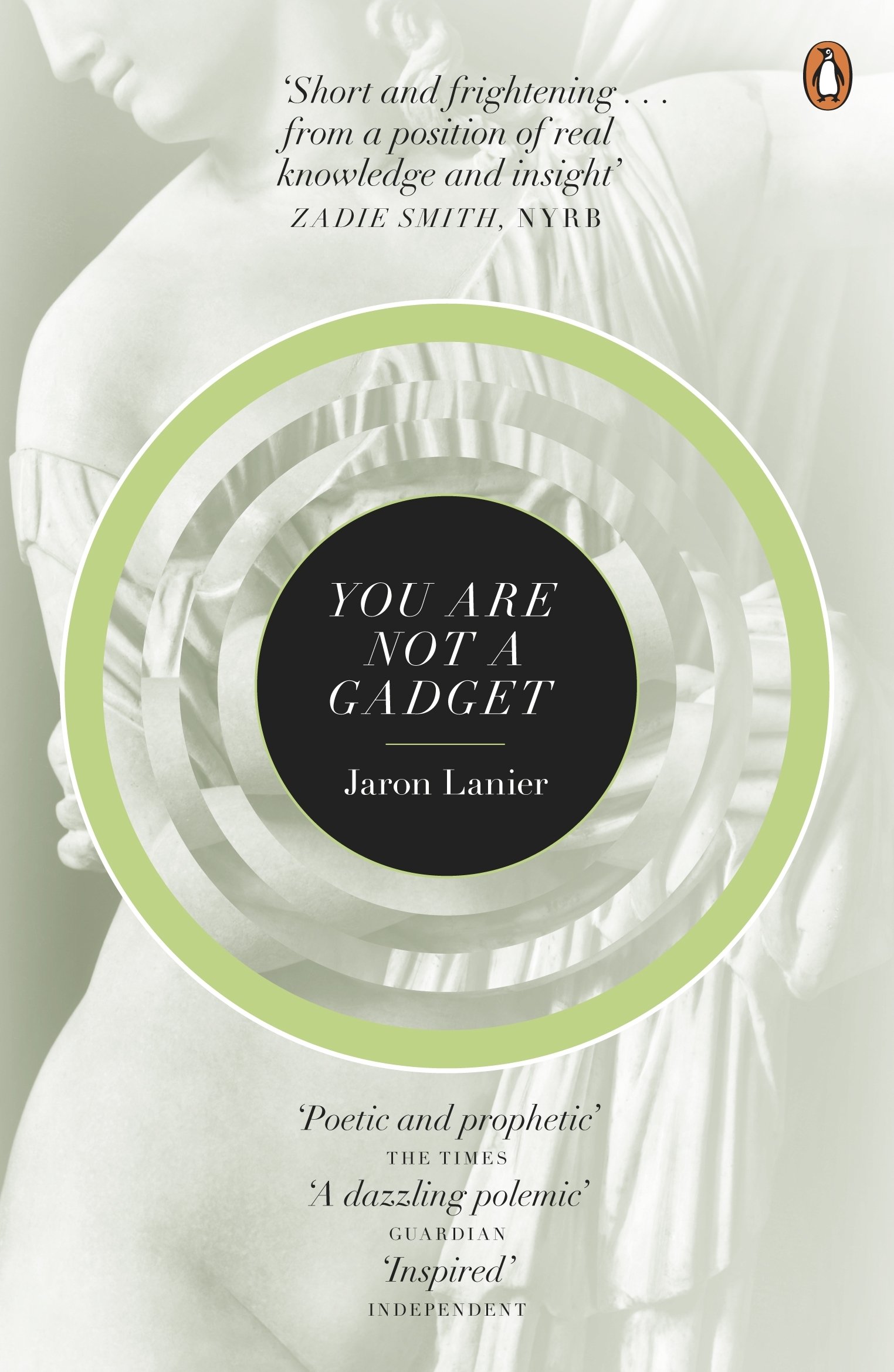 In You are Not a Gadget digital guru and virtual reality pioneer Jaron Lanier reveals how the internet is deadening personal interaction, stifling genuine inventiveness and even changing us as people.

Something went wrong around the start of the twenty-first century. The crowd was wise. Social networks replaced individual creativity. There were more places to express ourselves than ever before… yet no one really had anything to say.

Does this have to be our future?

Showing us the way to a future where individuals mean more than machines, this is a searing manifesto against mass mediocrity, a creative call to arms – and an impassioned defence of the human.

‘A provocative and sure-to-be-controversial book … Lucid, powerful and persuasive’
The New York Times

‘Short and frightening … from a position of real knowledge and insight’

‘Poetic and prophetic, this could be the most important book of the year’
The Times

Jaron Lanier is a philosopher and computer scientist who has spent his career pushing the transformative power of modern technology to its limits. From coining the term ‘Virtual Reality’ and creating the world’s first immersive avatars to developing cutting-edge medical imaging and surgical techniques, Lanier is one of the premier designers and engineers at work today.

A musician with a collection of over 700 instruments, he has been recognised by Encyclopedia Britannica (but certainly not Wikipedia) as one of history’s greatest inventors and named one of the top one hundred public intellectuals in the world by Prospect and Foreign Policy.